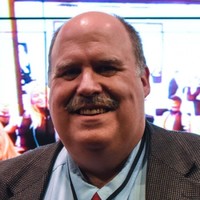 Bitcoin & Blockchain Pioneer • Cypherpunk • CEO • CTO • Metalyfe.io • New Hampshire
Bitcoin pioneer collaborating  with Nick Szabo, Hal Finney, Ralph Merkle, Wei Dai, and others to solve the problems encountered by early digital currencies of the 1990s. Their work became known as BitGold in Nick Szabo’s seminal essays on the topic and eventually evolved into what we now know as Bitcoin.
In 2006 he worked in VR as one of the top independent developers in virtual worlds, creating the first virtual stock exchanges, and advocating for the emphasis on free market economics and sound money in virtual economies free of government interference.
In 2014 he launched Galactic Systems to merge VR and blockchain technologies aimed at destroying the walled garden business model that has turned internet users from customers into product, to create an open metaverse where each individual owns their identity and data. These ideas are reaching their realization in the Metalyfe.io project he is working on as CTO at Pluto USA  and Pluto Canada.
He is an advisor to a number of other ICO projects, family offices and other investment organizations like ThreeD Capital of Toronto, LDJ Capital of New York, among others. He lives in New Hampshire with his dog, Ginger, and enjoys world travel, reading and writing SciFi, skiing and fly fishing.
Copyright BlockchainSuperConference.com